If you look at our features page, it is very easy to understand why Codefresh is the first (and only) CI/CD platform for containers and Kubernetes. Currently, Codefresh is the only solution that includes:

All these features show clearly that Codefresh is the perfect solution for CI/CD if you have already adopted containers and Kubernetes. However, they don’t tell the story of the monolith-to-microservice adoption.

In this article, we will see how microservices change the way CI/CD pipelines are organized and why Codefresh is specifically designed with microservices in mind.

In the past, pipelines for monolithic applications tended to share the same characteristics of the application they were building. Each project had a single pipeline which was fairly complex and different projects had completely different pipelines. Each pipeline was almost always connected to a single GIT repository.

The complexity of each pipeline was detrimental to easy maintenance. Pipelines were typically controlled by a small team of gurus who are familiar with both the internals of the application as well as the deployment environment.

For each software project, operators are taking care of the pipeline structure while the developers are only working with the source code (going against the DevOps paradigm where all teams should share responsibility for common infrastructure and collaborate on shared problems).

Pipeline size and complexity is often a huge pain point. Even though several tools exist for the continuous integration part of a monolithic application, continuous deployment is a different matter completely which forced a lot of companies to create their own custom in-house scripts for taking care of deployment.

As the number of applications evolved within an organization, the management of pipelines became a bigger issue as well. Usually, most pipelines end up as a spaghetti mix of python scripts, configuration management tools (e.g. Puppet and Chef) sprinkled with some bash scripting all over the place.

This messy situation is very common within organizations that have not adopted microservices yet and the only reason that it endures is that most developers are still working on a single application so they never feel the pain of pipeline maintenance. That job falls on the operators who are typically spending most of their time fixing pipelines (and creating new ones for new projects) assuming that this is the status quo.

Microservices have of course several advantages regarding deployment and development, but they also come with their own challenges. Management of microservice repositories and pipelines becomes much harder as the number of applications grows.

While a company might have to deal with 1-5 pipelines in the case of monolith applications (assuming 1-5 projects), the number quickly jumps to 25 if each monolith is divided into 5 microservices.

These numbers are different per organization. It is perfectly normal for an application to have 10 microservices. So at a big organization that has 50 applications, the operator team is suddenly tasked with the management of 500+ pipelines.

This sudden explosion in numbers prohibits working manually with pipelines anymore. Several CI solutions are not even prepared to work with such a high number of pipelines.

Here is where we reach the biggest pitfall regarding pipeline management in the era of microservices. Several companies tried to solve the problem of microservice pipelines using shared pipeline segments.

The final result is that a single pipeline is actually composed of two types of steps, those common to other pipelines and those that are specific to that project only.

This has lead to the development of several solutions which attempt to centralize common pipeline parts and re-use them in the form of “libraries” within software projects. The issue here is that this approach requires a very large time investment as well as a disciplined team that can communicate and cooperate on the following factors:

Unfortunately, in practice, as the number of microservice applications grows, teams find it very hard to keep all these principles in mind when creating new projects.

Codefresh is the first CI/CD solution for microservices and containers. Because we are not burdened with any legacy decisions, we are free to define a new model for Codefresh pipelines which is focused specifically on microservices.

The basic idea is that all microservices of a single application have almost always the same life-cycle. They are compiled, packaged and deployed in a similar manner. Once this realization is in place we can see that instead of having multiple pipelines for each microservice (where each one is tied to a GIT repository), we have instead a single pipeline shared by all microservices.

The impact of this design cannot be understated. First of all, it should be clear that there is no need for sharing pipeline segments anymore. The whole pipeline is essentially the re-usable unit.

The biggest advantage, however, is the way new projects are created. When a new microservice is added in an application, the pipeline is already there and only a new trigger is added for that microservice. Notice that the pipeline is not connected to any specific git repository anymore. All information for a repository is coming from the git trigger that started this pipeline.

This is exactly what our recent feature launch was based on. As an operator you can bootstrap a new project by quickly adding a new trigger on an existing pipeline:

This is the fastest way possible to bootstrap a new project. As the number of microservices is growing, the only thing that is growing is the list of triggers. All pipelines are exactly the same.

Creating a new pipeline is needed only if the whole deployment process is different for a new project. This is an extreme scenario however, as with containers this will happen very rarely. Once you package an application in a Docker image, the underlying implementation is not really important anymore. Docker images from different programming languages can be handled in the same manner.

Now that we have explained the theory behind microservice pipelines, we can look at a solid example. And one of the natural examples is Codefresh itself. A very popular question we get from our customers is how our own workflow is structured. It shouldn’t be a big surprise that we also use Codefresh internally to manage Codefresh.

The Codefresh platform is itself a set of microservices that run on Kubernetes. We have about 25 microservices, but they are easily managed by a handful of pipelines.

In fact, most of the heavy work is done by two pipelines:

That’s it! Even if tomorrow our platform has 50, 500, or 5000 microservices the number of pipelines will still be 2. Every new microservice will be handled by simply adding a new trigger to those pipelines.

By the way, our pipelines are public, so feel free to adopt them for your own infrastructure (or at least study them and get some ideas on possible workflows).

Let’s see them in order…

A CI pipeline for microservices

First, we have the Continuous Integration pipeline. This pipeline is connected with git triggers to each of our microservices.

The pipeline steps do the following:

The pipeline definition has several conditionals so not all steps are running at all builds. Some of them are skipped depending on the nature of the commit.

The pipeline is connected via git triggers to all microservices, so whenever a commit happens it runs automatically and prepares both a Docker image and a Helm chart for each release candidate.

The important point is that this pipeline does NOT refer to any specific git repository, nor it is connected to one. It is a generic CI pipeline that is reused by all microservices depending on the trigger that calls it.

This makes pipeline maintenance very easy, as there is only a single definition to maintain. It also means that all best practices within a company (e.g. security scanning or quality control) are automatically applied to all projects and teams without any extra effort.

A CD pipeline for microservices

The next step is to run the Continuous Deployment pipeline for each microservice:

This pipeline is launched automatically as part of a “promotion” which takes place when the Codefresh team is making an official release for a microservice. It does the following:

Again, if you read the pipeline definition you will see that it is not tied to any specific git repository. Instead, it is reused for all microservices that need it.

The advantages of using CI/CD pipelines for microservices in this pattern should now be clear to you. Instead of spending time with a mess of pipelines and a big number of “reusable” pipeline segments or shared libraries, with Codefresh you can centralize all the CI/CD logic in just two pipelines.

Ready to try Codefresh and start creating your own CI/CD pipelines for microservices? Create Your Free Account Today

10 responses to “CI/CD Pipelines for Microservices” 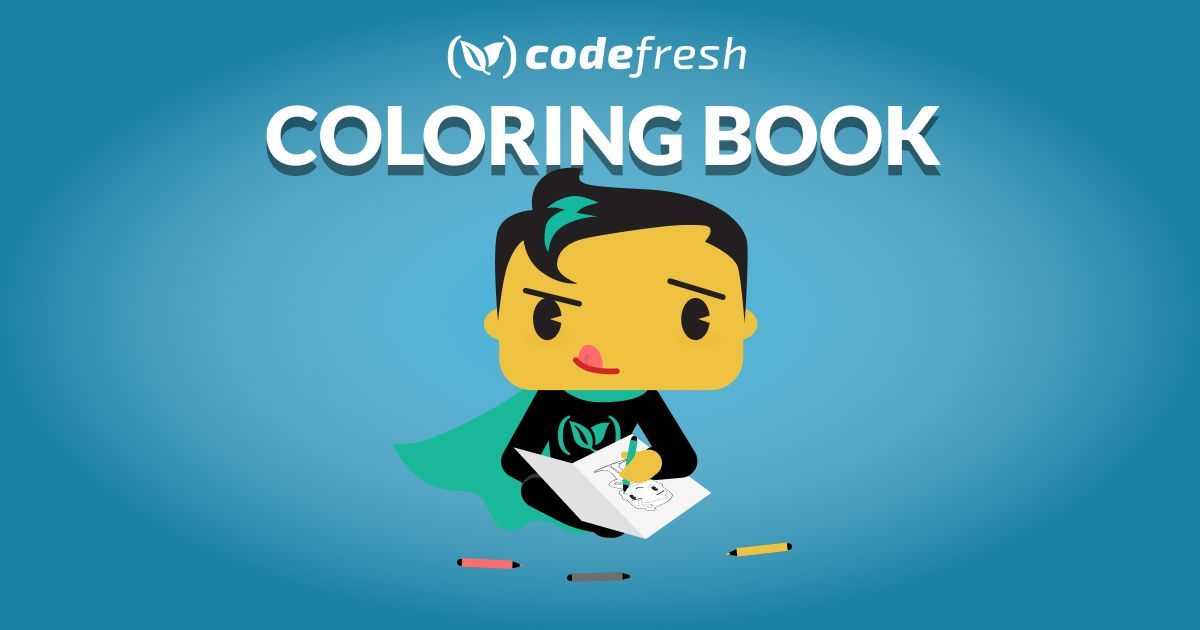 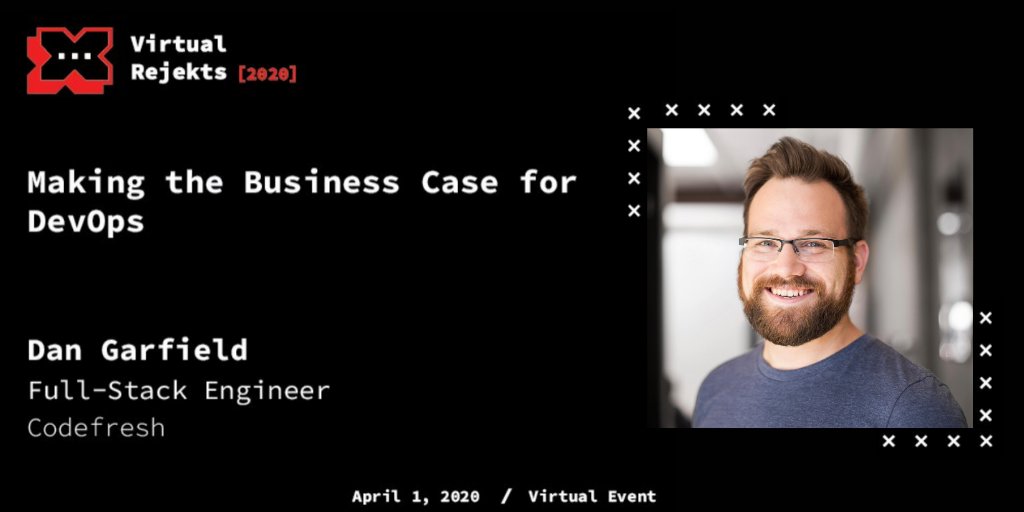